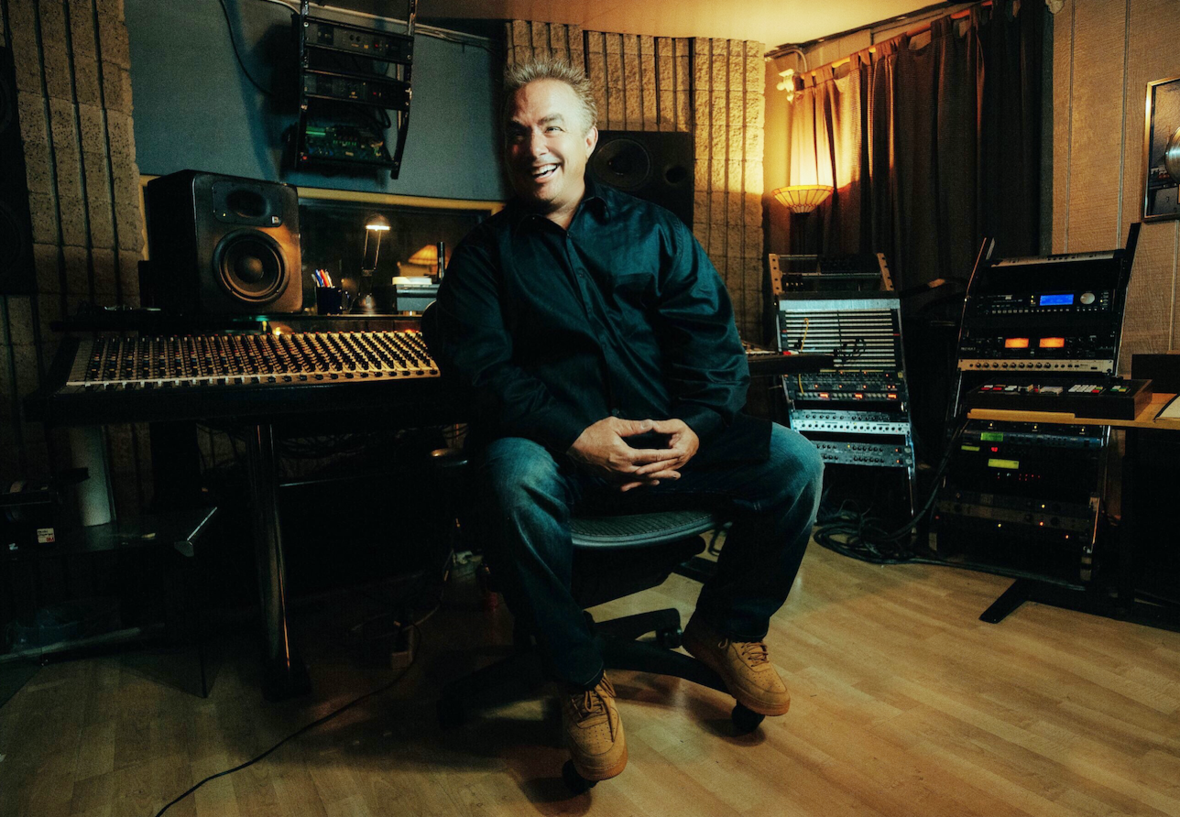 Today I offer you a special interview with Loren Israel. Veteran music industry executive who worked with Jimmy Eat World, Less Than Jake, Neon Trees, etc. For over fifteen years, Loren worked in the Artist and Repertoire department of Capitol Records where he worked with Coldplay, Less Than Jake and Jimmy Eat World, whose multi-platinum Dreamworks album, Bleed American he helped spearhead.

In 2001, Loren began working with unsigned artists in an effort to foster emerging talent and help them navigate and access the enigmatic music industry. In this capacity, he discovered, developed, and managed the Plain White T’s and executive produced Hey There Delilah, which topped music charts in fourteen countries.

What attracted you to the alternative rock scene ?

Well I started playing in bands when I was like 15 years old. We were a punk band as teenagers and gradually I grew into being a bit more sophisticated and as our audiences grew we toured with a lot of major alternative bands like The Sugarcubes, Soul Asylum and Dramarama.

Alternative started as a reaction to hair metal. I remember the first time I heard Nirvana I was working at the surf shop and it was intense how I knew….That’s it! Go F yourself Poison. Go eat a d%^& Stripper. Bye Bye Warrant. Then looking at the alternative space as it relates to radio right now, I think it sounds kinda like disco. That’s not a bad thing, good thing, right or wrong, it’s an observation.

Could you tell me about your most striking meetings in the music industry ?

Haha you either know me or know about me because I’m kinda “outspoken” to say the least. Ok… So if you don’t know I was an A&R executive at Capitol Records. But I literally went from working at a surf shop to being an A&R guy so I had ZERO experience in the corporate culture.

So, the head of marketing used to love to invite me to their silly marketing meetings. At the time I was so stupid I didn’t know why I was being asked to join meetings about bands/artists I had no involvement with. So in these meeting it was all about literally deciding what kind of trucker hats and belt buckles the band should do as merch items. Now the incredulous thing was, the band was not touring and had no single on the freaking radio! Why in the freaking hell are there a dozen robots in this conference room discussing stupid merch ideas for a band that probably needs a lil more time to develop.

And who do you think was the only idiot to speak up? Yeah, you guessed it.

« ...most artists would rather live in THE FANTASY. »

Has artists’ inquiries changed over the years ?

They have not changed at all. Artists unfortunately do not understand taking the mystery out of the music business and get clear away from all the ridiculous fantasies about the music business. That is my sole mission to make having a huge career and duplicating success a reality not a fantasy. But most artists would rather live in THE FANTASY.

What is your opinion on the actual music industry ?

Which artists would you love to work with ?

What would be your tips / advices to any A&R, record producer, songwriting teacher… starting out ?

Bleed American is the first Jimmy Eat World’s album to be multi-certified by the most important organizations (RIAA, BPI…)

Could you tell me about your work on this record ?

Let me explain to you exactly what had happened with Jimmy Eat World. I was responsible for bringing them to Capitol. I worked on all their records on Capitol. They eventually got dropped from Capitol. This was a turning point for them. Morale was low. Zach, Jim, and I got on the phone. I explained two things to them :

1) Mark Trambino (the producer of Bleed American) is hitting his stride and was ready to make a huge, breakthrough record

2) Even though the band believed that radio did not want to play them, I explained to them that was not true, and that radio was looking for a hit record from Jimmy Eat World. So, we decided that we do that. We worked on Bleed American together. I hooked up them up with Doug Messenger’s recording studio, Hard Drive, in North Hollywood. The band paid for the studio time via t-shirt sales.

In conclusion, Jimmy Eat World took their career in their own hands, everything from songwriting, to recording, mixing, and mastering and they came up with one of the finest records of that decade : Bleed American which was released on DreamWorks.

You worked as an A&R and executive producer on the most-acclaimed Plain White T’s record, All That We Needed, which also received a Gold certification from the RIAA.

Well I started managing and producing Plain White T’s from their second record Stop. I found them by reading an article in a fanzine going to another bands page and then looking at “their friends.” One of those friends the band said about the T’s was “catchy” and I quickly went over and listened and I fell in love.

I found their phone number, called Steve Mast who at the time was 17 I think and told him I’d like to meet them and the rest is kinda history. We worked very aggressively for 2.5 record cycles. From no one liking them to Multi Platinum status. Tom Higgenson is by far one of the best people I have ever met.

What happened in your mind when you realized those bands were actually making it into the alternative rock scene ?

I was super stoked. But I knew they would if they just “stayed the course.”

Has something changed in your way of ‘consuming’ music and discovering artists ?

Not really. I have always been curious and I love what I do so not much has changed because adapting has been a constant from day 1.

How do you adapt to every artist, unsigned or not ?

By always being curious!

How do you see the music industry and the alternative / rock music evolving ?

Right now we are in a urban/pop kinda mode. Eventually alternative music will be a bit more popular and will be a bit easier to break through.